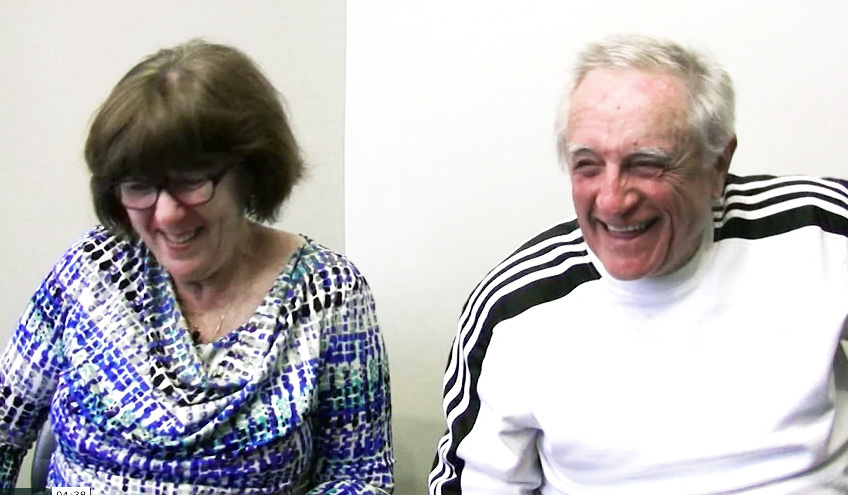 Brenda met Colin on a blind date while attending teacher’s college in Johannesburg. The two dated for one year before getting married at the Pine Street Shul in 1967. Together, they raised three children—Stacey, Alana, and Cliff—and helped bring up the nephew of their maid, whom they regarded as family.

Around 1976, Colin and Brenda began thinking about emigrating as a result of the country’s worsening political situation. At first, their daughter was unwilling to move, but after a riot broke out at her university, she declared she had had enough. Initially, the family considered moving to Australia, but soon settled upon Canada, immigrating in 1987. Although they found the prospect of starting over intimidating, they received a warm welcome from both the South African Jewish community and the larger community.

Brenda and Colin purchased a khaloupe (a fixer-upper) that they transformed into a beautiful home, planting trees in its large garden. Brenda found employment with Holy Blossom Synagogue while Colin became president of the Southern African Jewish Association of Canada. In their free time, they took up running, a hobby that introduced them to many friends. By 2015, they had participated in eleven marathons.

Letter of congratulations from Gerry Weiner, Minister of State Multiculturalism and Citizenship to Colin Baskind on becoming a Canadian citizen, [between 1988 and 1991].   Ontario Jewish Archives, Blankenstein Family Heritage Centre, Accession 2015-2/5.