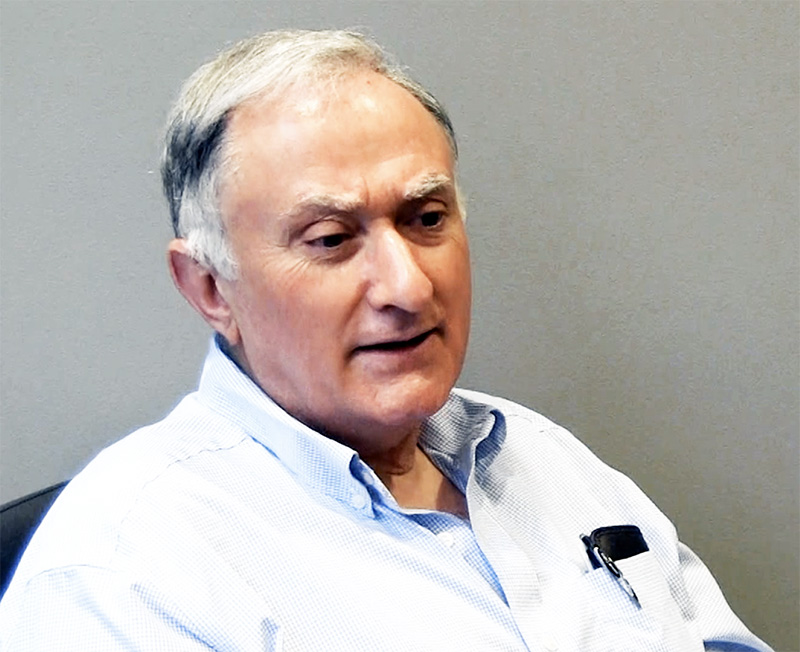 Roland grew up part of a close-knit family in the small town of Worcester, one hundred kilometres from Cape Town.  At the time, Worcester was home to a small Jewish community of 120 families, the life of which revolved around a single synagogue. Despite its small numbers, the community had a rabbi, a kindergarten teacher, and a Hebrew teacher. In the cheder, Roland learned the Hebrew grammar that was to come in useful when, years later, he studied in Israel.

After high school, Roland completed his year of compulsory military service and enrolled in electrical engineering at the University of Cape Town. He met his wife-to-be, Marion, during this time. The two shared a passion for classical music that would come to shape much of their life together. When Roland went to Israel to pursue a master’s degree at the Technion in Haifa, Marion joined him for part of the time. Even though he never had any intention of making a life in Israel, Roland remembers those years with Marion as among the most blissful and care-free of his life, including representing Israel in the European Junior Bridge Championships.

After graduating in 1976, Roland returned to Cape Town and started working in his father’s business, Merrimaker Industries. After four years, Roland decided to pursue his own path in the IT industry and moved to Johannesburg in 1981 with their two children. A year later, along with two work colleagues, Roland enrolled in a part-time MBA program at Wits University. In 1984, the three founded a software engineering business which was very successful. Fifteen years later they sold the business, which provided Roland and Marion with the financial resources to retire.

The Wilk family came to Canada in July 2003 after spending many summers there at a music camp in Quebec in the late 1990s. Roland and Marion are an integral part of the Toronto classical music scene, involved both in performance and administration. Their two older children live in New York and Beit Shemesh and the two younger ones both live in Toronto.